Wainwright was incorporated as a Town on August 14, 1910 with Mr. H. V. Pawling as the first Mayor.

The Mayor and Councillors are elected for a four-year term, and the position of Deputy Mayor is rotated amongst the Councillors every two months.

The regular meetings of the Council of the Town of Wainwright are held on the first and third Tuesday’s of the month commencing at 7:00 p.m. The meetings are held in the Council Chambers located in the Town Office, 1018 – 2 Avenue.

All council meetings are open to the public. If you would like to make a presentation to Council, please contact the Chief Administrative Officer for an appointment by the Thursday prior to the meeting. 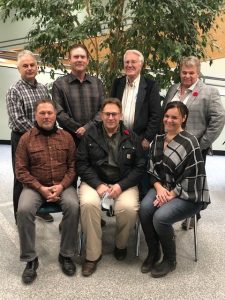 During their term in office Councillors are appointed to serve on Committees and Boards of Council.

Mayor Bruce Pugh is an ex-officio member of all Committees and Boards.

The Town of Wainwright strives to provide for a variety of housing to accommodate all markets.